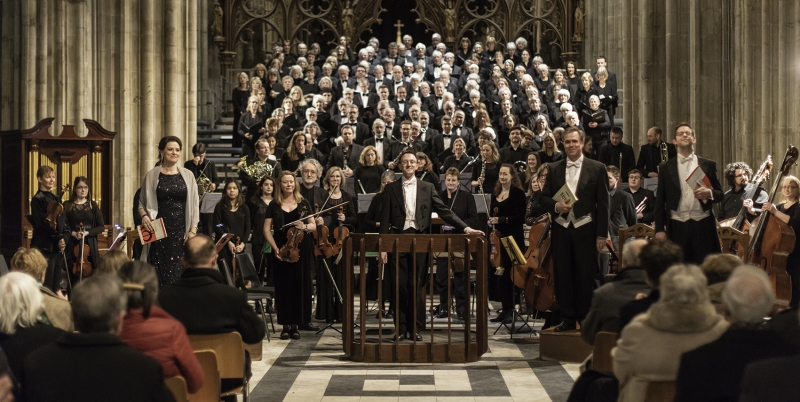 Worcester Festival Choral Society replaced winter chill with a breath of spring at Worcester Cathedral on Saturday 17th March, with a thrilling performance of Haydn’s The Creation – the same work the Society’s predecessors sang 156 years ago at its historic inaugural concert.

The talking point of the evening was the masterful conducting of the Society's accompanist (and Deputy Director of Music at Worcester Cathedral), Christopher Allsop, who stood in at short notice for the Society's usual conductor Dr Peter Nardone, who was unwell. Jonathan Woodhouse also performed the work's Alto solo, again standing in for Dr Nardone. 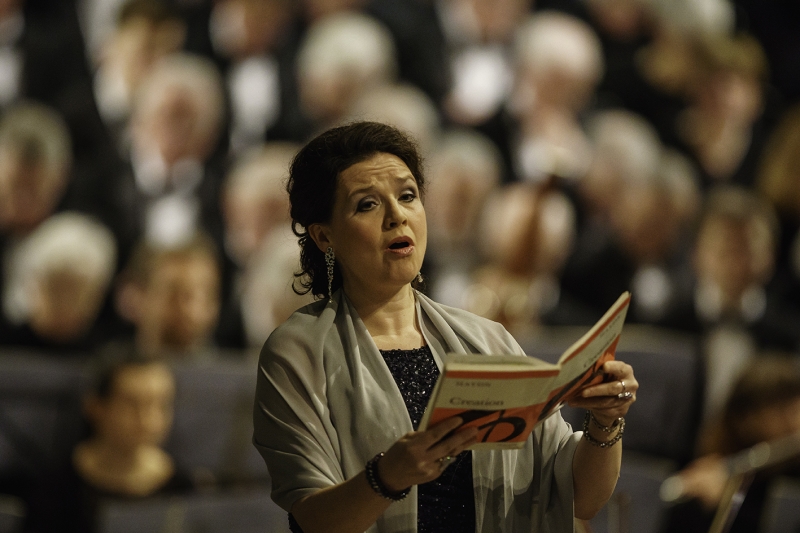 Featuring extensive choral and orchestral forces, The Creation is widely regarded as Haydn’s most popular choral work, with soloists and chorus painting a delightful musical picture of the seven days of the creation of the world.

The concert was attended by Mayor of Worcester UK 2017/18 Steve Mackay, who commented: "What a brilliant performance of Haydn's Creation this evening at Worcester Cathedral by Worcester Festival Choral Society. Beautiful singing and wonderful music. Thank you to all involved."

Ben Cooper, Chairman of Worcester Festival Choral Society, added: “Haydn’s The Creation is inspiring to listen to and to sing. As well as the celebratory energy of the choruses, there is time for reflection and moments of quiet beauty. It was a wonderful concert to enjoy as we look forward to spring.”

The Creation holds a special place in Worcester Festival Choral Society’s history, as it was the first work the Society ever performed. The 1862 concert, held in Worcester’s former Music Hall in Cornmarket, marked the start of an illustrious history for the Society that has since included being conducted by Sir Edward Elgar, and performing for HRH Prince Charles as part of the Three Choirs Festival chorus.

The Society's next event is a 'Come & Sing' Verdi's Requiem workshop day on Saturday 7 April, open to singers of all kinds. Details from https://www.worcesterfestivalchoralsociety.org.uk/come-and-sing-events

Worcester Cathedral was packed on the evening of Saturday 8th December for a thrilling performance o... read more